If you’re a snowmobiler, chainsaw user, or dirt biker, then you know the importance of using the right type of oil in your engine. 2-stroke engines are popular among these types of riders because they are more powerful and lightweight than 4-stroke engines. However, using the wrong type of oil can lead to performance problems and engine damage. In this article, we will discuss the benefits of using Saber synthetic 2-stroke oil and provide examples of engines that require 2-stroke oil to run properly. We will also provide tips on how to care for 2-stroke engines during the offseason.

So what are the “strokes” that 2-stroke and 4-stroke engines are referring to? A “stroke” is the term for when the piston moves from the top of the engine’s cylinder to the bottom. While it makes this movement, it gathers the oxygen and gas necessary for combustion; when the piston is shot back to the top of the cylinder again, the exhaust valve opens to remove the exhaust from the combustion. There are five phases of the combustion cycle: intake, compression, ignition, combustion, and exhaust.

Essentially, 2-stroke engines combine more phases during each piston movement versus the traditional 4-stroke method. With 2-stroke engines, when the piston moves up, it compresses the air, fuel, and oil in the combustion chamber; while the piston is at the top of the cylinder, a new mixture of air, fuel, and oil is pulled into the airtight crankcase.

4-stroke engines work at a different rate. It takes four events (or movements up or down of the piston within the cylinder) to complete a single power stroke.

What's the Difference Between 2-Stroke and 4-Stroke Oil?

2-stroke engines rely on “mixed” fuel for the combustion process—that is, a mixture of fuel, air, and oil. 4-stroke engines, in contrast, rely on motor oil for lubrication purposes only, and the fuel is kept entirely separate. 4-stroke oils also tend to contain more additives than their simpler 2-stroke counterparts.

You might be aware that automobiles are a common example of a 4-stroke engine—but what kinds of motorized equipment or vehicles rely on 2-stroke oil? Some common examples of motors that require mixed 2-stroke fuel include:

·      Chainsaws and other outdoor power tools like blowers or trimmers

Pros and Cons of 2-Stroke Engines

·      They tend to be more cost-effective than 4-stroke engines

·      Due to the design, there is less friction on the moving parts and therefore better efficiency

·      The engine has exhaust and inlet ports

·      They produce more emissions because they burn oil, which is not great for the environment

·      They typically are loud and prone to heavy vibrations during use

·      Because it does what a 4-stroke engine does under a condensed timeline, 2-stroke engines tend to have a shorter life span due to engine wear

How to Care for 2-Stroke Engines in the Offseason

While marine and outboard motor winterization might look a little different, for basic 2-stroke engines you might have around the house, such as lawn maintenance equipment, there are several basic steps to follow to ensure your tools are put away in good condition and will be ready for use next time you need them.

1.     First, ensure you are working in a well-ventilated area. Wipe debris from the fuel cap with a shop towel to prevent any unwanted material from contaminating the fuel mixture.

3.     After you’ve drained the fuel tank, add a small portion of premixed 2-stroke fuel to the tank, cap off the motor, and remove any closed gasoline tanks from the area. Then, start the engine and run it at an idle until it is completely out of fuel.

4.     Allow the engine to cool before storing it in a dry area.

And there you have it! Winterizing your 2-stroke engines can even be a little bit fun and ensures that you are taking the best possible care of your tools so that they start back up for you again without hesitation come springtime. 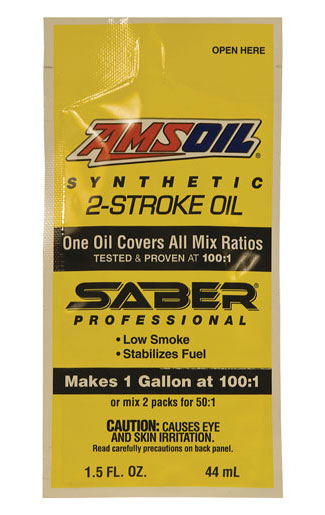 There are many different kinds of 2-stroke oil on the market—so which one should you choose?