Whether you’re a new motorcycle owner or a seasoned pro, the more you learn about your bike’s engine the better equipped you will be to take care of it.

Regardless of how many miles you’ve put on your motorcycle, differences in engine design offer an opportunity for the owner to fine-tune their bike’s performance.

In this article, we will talk about the different kinds of engine cooling as well as which oil is best for air-cooled motorcycle oil or liquid-cooled engines. 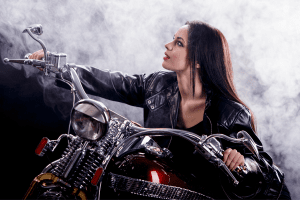 What Is an Air Cooled Engine?

Air-cooling is pretty much as simple as it sounds.

This method of cooling the engine relies on air moving over the engine as it moves down the road.

This is often encouraged by fins affixed to the exterior of the engine, which increase the surface area and encourage better cooling potential.

This tried-and-true method of engine cooling has been used for decades thanks to its simplicity and the fact that it does not require a lot of extra weight.

If you’ve ever seen a motorcycle with fins on the engine, this is why!

In some models of motorcycles or motorized scooters, forced air cooling is employed.

This method involves an engine-powered fan that distributes air over the internal engine body as well as over the exterior fins. 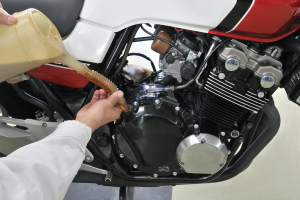 What Is a Liquid-Cooled Engine?

The other kind of engine cooling method requires a water-based solution, which contains an alcohol-based coolant.

This ingredient prevents the liquid from freezing or rusting as it travels from place to place on an engine.

This type of engine cooling is considered more complex than air cooling, as it requires the addition of a radiator and more pipes.

While liquid-cooled engines do have more of a capacity to break and “go wrong” just by merit of having more parts to maintain, they do offer some benefits to offset this.

One such benefit is a reduction in engine vibration, which means better efficiency as well as less mechanical noise.

Another benefit is the liquid cooling system helps keep the engine at a regular temperature regardless of the temperature outside.

This increases your engine’s adaptability and stabilizes the performance in a wider range of possible weather scenarios. 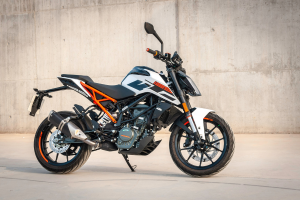 So, Which Motor Oil Is Best?

While air-cooling and liquid cooling are both ultimately effective, one is not necessarily better than the other.

Some people like the louder operating volume of an air-cooled motorcycle, and don’t want to mess around with a radiator.

Others prefer to do their riding in all kinds of climates and prefer the stability that comes with a liquid-cooled engine.

Regardless of your personal preference, knowing how your engine cools is important to its overall maintenance. 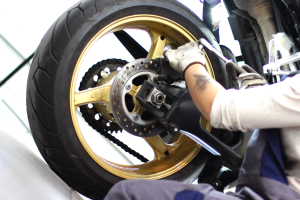 This synthetic air cooled motorcycle oil has additives that make for long-term viscosity and resistance to shear.

This keeps things running smoothly and as they should, for longer.

Chances are you’ll be better off with a synthetic motor oil capable of increasing the life of your engine as well as the number of miles between air-cooled motorcycle oil changes.

Knowing this tidbit about your engine can keep it running well into the foreseeable future, so long as you take the right steps to maintain it.

Want to learn more about different kinds of motor oils?

All About Us at LubeOilSales