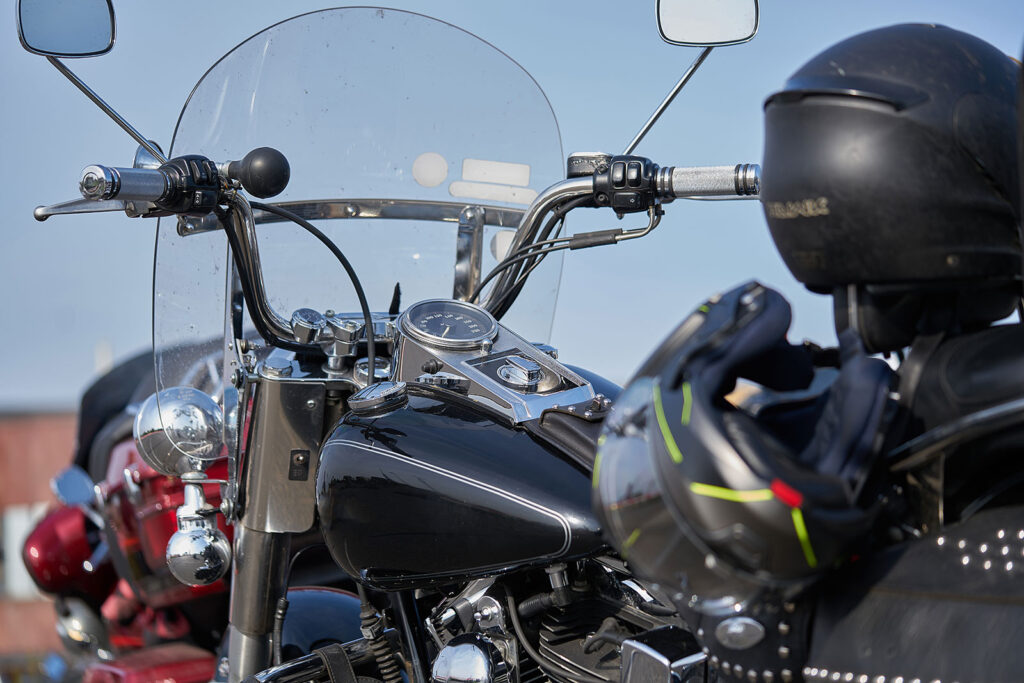 Whether you are a new Harley Davidson owner or a seasoned veteran. There are several points of interest when it comes to maintaining your Harley; replacing belts and chains. keeping your brakes sharp, and changing motor oil are all vital to the overall health of your motorcycle. But why does a Harley have three sumps? And should a different lubricant go in each motorcycle sump? In this article, we address some Frequently Asked Questions about Harley Davidsons so you can intelligently select your next motor lubricant.

What Is an Engine Sump?

According to the dictionary, an engine sump is a “chamber at the bottom of a machine…into which fluid drains before recirculation or in which wastes gather before disposal.” In other words, a sump is a collecting area of an engine where fluid can gather and be redispersed to continue lubricating moving parts of the engine.

Why Does a Harley Have Three Sumps?

In many models of Harley Davidson and other kinds of motorcycles, the engine contains three separate sumps: one for motor oil, one for primary fluid, and one for transmission fluid. It wasn’t always this way, however. Originally, Harleys relied on manual application of lubricating oil into engine intervals to keep the engine from seizing. It wasn’t until 1936 when Harley attached an oil pump to the engine that lubrication was mechanized. This is one reason why Harleys have dry sump engines rather than wet sump engines.

What Is the Difference Between a Dry Sump and Wet Sump Engine?

A wet sump is a lubrication system wherein the primary oil reservoir serves to collect oil beneath the moving parts of the engine; a dry sump system is when the oil is kept in a separate reservoir and the pan is pumped “dry.” Most commonly, cars tend to have wet sumps while motorcycles tend to have dry sumps.

Benefits of a Dry Sump System

·      Dry sumps generally have a larger reservoir than wet sump systems. This is particularly helpful when the motorcycle is navigating sharp corners, as it’s easier to keep oil in contact with the necessary parts of the engine.

·      Better center of gravity. Because dry sumps generally have a shallower oil pan relative to a wet sump, the engine can be mounted lower on the motorcycle. This improves drivability as it lowers the center of gravity.

·      Improved ring seal. Because of the extra vacuum create by the dry sump crank case, the ring seal is secured, reducing windage and keeping all moving components of the rotating assembly lubricated.

Can I Use Car Engine Oil in My Harley?

If you’re really in a bind and you just need simple lubrication for your motorcycle, you may be able to use car engine oil temporarily. However, if used repeatedly, this may cause damage to your Harley, as motorcycle oil has extra lubricants and frictional additives which optimize it for motorcycle performance.

What's the Difference Between Primary Fluid, Transmission Fluid, and Motor Oil on a Harley?

So, if there are three sumps on your Harley Davidson motorcycle, what purpose does each one serve? And if all three sumps are collecting some kind of lubricating oil, can you use one motor oil for all three Harley sumps?

The truth of this matter comes down to personal preference. For some, it is inadvisable to put anything other than primary fluid in the primary fluid sump, because it was designed with primary fluid in mind. Others know that primary fluid is similar in viscosity to SAE 50 motor oil and, in a pinch, this can work instead of lubricant branded for this particular sump.

When it comes to transmission fluid, generally a higher viscosity lubricant than 20W-50 is recommended. This optimizes performance in cold weather, boosts fuel economy, and improves gear transitions. However, some don’t mind hearing the “clunk” of a transitioning gear, or don’t have to worry about cold weather; for those people, one motor oil for all three sumps may be sufficient.

Can You Use 20W-50 Motor Oil for All Three Sumps on a Harley?

The short answer is, depending on driving conditions and driver preference, you might be able to get away with it. If optimizing your bike’s performance is not as important to you as reducing costs and clutter in your garage, then you may fall in with the one oil crowd. But if knowing your motorcycle could be performing better would drive you nuts, you may prefer to shell out the extra money for three tailored lubricants. However, if you have any doubts at all about the best motor oil to use in your Harley, you can always reference the owner’s manual for the prescribed lubricants for your bike.

Fortunately for the Harley Davidson enthusiast, your decision on this matter does not have to be set in stone. Getting to know your bike and your preferences for engine performance is part of the experience of owning a Harley, and you can always swap lubricants later on down the road.

Want to know more about different kinds of motor oil? Check out our recent post on the topic, or click here to browse top-end engine lubricants!